Has it really been a full year since I ditched some of my kitchen cabinet doors and opted for open shelving? When I decided to make the switch, I was SO excited, but SO nervous about it. My level of anxiety was a little unjustified too, because in reality, if I didn’t like it, I could’ve just popped the doors back on and no one would have even known I tried it in the first place. Well, except you, because you read it on the very public internet…

We Tried Open Shelving In The Kitchen…

So over the last year, we did leave the doors off the whole time and took time to see how we felt about the whole “open shelving” movement. We cook in our kitchen 75% of the week, so I think it’s safe to say we did the experiment justice. When I posted the original blog post about how we converted our cabinets to open shelving I got tons of questions and comments about the process. And when I posted the second blog post about if open shelving is worth it in a kitchen, the questions and comments blew up even more.

Today I want to give you an update on what worked, what didn’t work, if we like them now as much as we did before, and if we would ever do it again. It’s about to get real in here.

Let’s start with the good stuff. We liked having everything easy to grab and go. That was such a huge plus, and I never realized how obnoxious it is to open and close cabinets to get cups and plates until I didn’t have to do it anymore. It was so easy to empty the dishwasher and even easier for my son to grab a glass for his water in the middle of the night.

Plus, you get the added bonus of feeling like you’re a fancy big-time bartender (is that a thing?) as you grab a cup from a shelf and slam it down on the counter, then pour your 2% milk into it like a freakin’ rockstar. Hey, if a rockstar ordered milk at a bar, you’d see it in all the magazines the next day as the new big thing. And you’d do it too. Don’t lie.

I also really liked the pop of color the open shelving added to the kitchen. It really seemed to modernize my outdated kitchen by filling the inside of the shelves with a dark moody color and letting the crispy white dishes be a classy star of the the [kitchen] show.

And since I’m being real with you, seeing that there’s only one glass left on the shelf totally reminded me that I still haven’t started the dishwasher yet and we have to cook dinner in forty five minutes. *Thank you Quick Cycle!*

I was a little worried about dust when we jumped into this little experiment. I had this semi-fear that I’d have to wipe down every single thing before we used it. That ended up not even being an issue. We only kept things we used often on the shelves, so they never really got a chance to get dusty. We did store our glasses upside down, though, and we made sure we cycled through things so nothing was just hanging out in one place for more than a couple of days.

But what I actually didn’t like was just the overall look and feel of it. If you don’t already know, I’m kind of neat freak. Clutter makes me have anxiety-filled freak-outs inside my head. I can’t go to bed with the covers all crumpled. I can’t handle things being out of place. And I can’t stand seeing a bunch of stuff all in one spot unless it’s spacious and airy.

While the shelving was totally organized and not really cluttered at all, it just felt like it was. The stack of bowls next to the stack of another bowls next to a stack of more bowls was just bowl overload. And while it was beautiful and functional, it started to give me the “cover up your crap” kind of feeling. Kind of like those “open closets” you’ve been seeing all over the internet lately. And PS: That’s one experiment I will not be testing.

Was It Worth It?

For my small galley kitchen, I think it was absolutely worth it. It made things so much more functional in the space, and made cooking and cleaning up much more enjoyable. I think open shelving works for some kitchens, but doesn’t work for others. We have a very limited amount of storage space, so the quick grab-and-go nature was perfect for our needs.

Since the only thing I didn’t like was really just my own silly brain thinking an organized cabinet still looks cluttered, I can’t really say anything bad about the process. If you have a wildly obsessive mind that thrives off order and control, maybe it’s not so great for you. But if you’re not a weirdo like I am, I highly suggest you try it out, even if it’s just one or two cabinets to experiment like I did.

Would I Do It Again?

We just packed up the last box of kitchen stuff, minus our everyday needs to get us through the last couple of weeks in this house. As we’re planning designs for our new kitchen, I thought about open shelving again and whether it’s something I’d like to explore again. The layout of our new kitchen is actually pretty small. It’s super functional and perfect for Nigel and I to both cook at the same time, but there aren’t really that many cabinets and there’s no pantry at all.

I could do free-standing pantry storage like I did in this house, but now that we use Hello Fresh every week, our on-hand grocery stock has gone way down. For that reason, I plan to use three upper cabinets as pantry storage. That leaves only two more upper cabinets near the stove, which is a terrible spot for open shelving. It would be a big fat greasy disaster. So in the new house, open shelving is pretty much off the table. But if I were moving into a kitchen that had the option for it, I would definitely do it again, just on a smaller scale.

I wouldn’t go all out like they do on that certain TV show that decks out every kitchen with only reclaimed wood shelves (you know which one!), but I would opt for one for glasses and one for dinner plates and bowls. My weird eyes and weird brain just don’t like seeing a lot of “stuff.” I’ve transitioned into a very minimal person, and the less things on display, the better.

So what do you think? Is open shelving something you’ve been considering? Have you tried it before or are you currently using it? If you’re still on the fence, you can check out my other blog posts regarding open shelving, specifically in the kitchen. I cover it all, from converting existing cabinets to how to style and keep them up, and even how to rock an open shelving pantry!

And if you’re STILL on the fence after the explosion of info I’m throwing your way, I’ve even got an interactive quiz you can take to find out if open shelving is right for you and your family. Get ready to get off that fence, my friend. Today’s the day you stop dreaming about those shelves and make up your mind for good. Or at least for six months until you change things up again. Come on, I know I’m not the only one who causes major husband eye rolls due to constant redecorating FOMO.

Open Shelving- Is It Worth It?

7 Affordable Ways To Update Your Kitchen

How To Create Open Shelving With Existing Upper Cabinets

I'm Lela. I'm a denim obsessed, animal rescuing, coffee guzzling Organizing Ninja. I help busy working moms get their 'ish together through the power of easy systems and a little caffeine.

Whether you need in-home organizing, a DIY Plan, or just some advice in a video chat, I got you, Girl. Because you deserve to be Organized*ish. 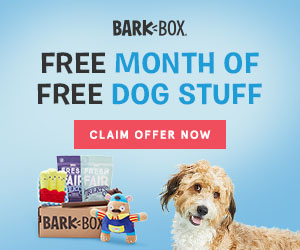 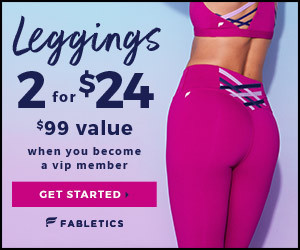